Aspectivity - The history of seeing and representation (publication and poster, 59x42 cm, 2013)


For questions and order: nordahl.press@gmail.com


The book is a transcript of Jesper Nordahl’s video Anticapitalist Feminist Struggle and Transnational Solidarity, which is based on an interview conducted by the artist with the feminist theorist Chandra Talpade Mohanty in Ithaca, New York, in March 2007. The conversation addresses relationships between gender and capitalism, as well as resistance, struggles and strategies for social change. Spanning over several decades, these are subjects in which Mohanty is deeply invested, both as an academic and as an activist. The book also includes a newly written preface by Mohanty, where she reacts to the interview with her current thoughts.

”Can we actually talk about anticapitalist struggle without understanding the importance of race, gender, colonial legacies in that struggle? To me that is a really crucial question. One way to think about this question is, in the world we live in now, how does the colonial traffic in the imperial? It seems to me that imperialism, militarism and globalization — corporate, capitalist, neoliberal globalization — work hand in hand. We need to understand how those three systems, as modes of operation and practices, interconnect with and sustain each other and how at the heart of some of those practices are gendered, racialized, heteronormative sexual politics and ideologies.”
Chandra Talpade Mohanty


Where to find the book:

You can also find the book at libraries in Stockholm, Umeå, Uppsala, Linköping, Göteborg, Lund and at Kungl. Biblioteket.
And at Iaspis archive room at Konstnärsnämnden in Stockholm; at Salt research in Istanbul and at The Museum of Art & Photography in Bangalore

If you are not able to get it from any of those locations please contact: nordahl.press@gmail.com

Aspectivity - The history of seeing and representation
(publication and poster, 59x42 cm, 2013)

Download the publication Aspectivity - The history of seeing and representation here 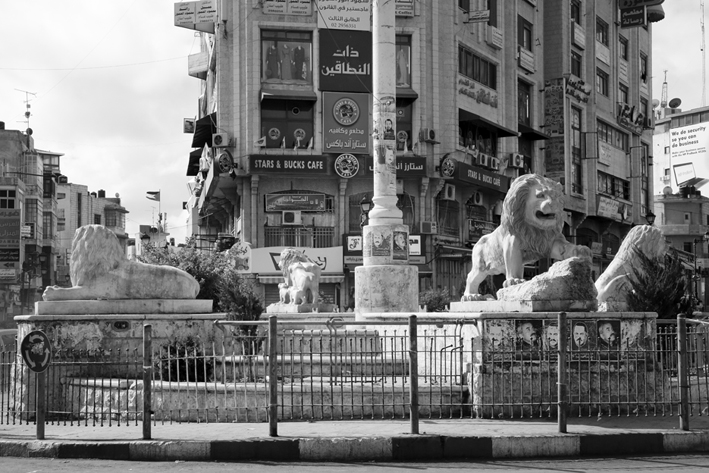 AL Manarah Square, Nov. 2012, Ramallah, Palestine (Photo; Jesper Nordahl, 2013).
Poster made for the cover of the publication of the course Art & Architectur: Aspectivity - The history of seeing and representation
at The Royal Institute of Art in Stockholm 2012-2013.


About the course and publication:

Art & Architecture: Aspectivity – the history of seeing and representation

Art & Architecture at Mejan Arc at The Royal Institute of Art in Stockholm is a one-and
-a-half-year course at advanced level addressing art, architecture and urban issues.
It is directed towards professional artists, architects, curators, writers, and others
within the fields of culture, media and urban studies. The course consists of lectures,
screenings, text seminars and a study trip. The students’ own practices form the point
of departure. The course works as a critical forum to address issues on the practice
and theory of art, architecture and cultural production. Art & Architectures’ current
course, Aspectivity – The History of Seeing and Representation, explores issues of
perception, knowledge, history and truth, with a focus on the tools we use to find our
way in the world, as well as on a critical exploration of how theory and practice have
affected how we understand those techniques. An overall aim of the course is to
produce a discursive space to support critical thinking, discussion and acting. Our
lectures and text seminars range from the history of astronomy, to forensic aesthetics,
to the development of photography and its political significance. We read texts on
animism, spam, archival practices and the civil contract imbedded in photography.

The course also includes a study trip and this year we went to Petra in Jordan and
to Jerusalem and the West Bank in Palestine. Our trip was made in conjunction with
the biennale Qalandiya International, (a collaboration between Riwaq Biennale and
the Jerusalem Show in Palestine). We also met, and had workshops, with Riwaq,
The International Academy of Art Palestine and Campus in Camps.

The practices of the participants were central to our discussions and seminars. We
end the course with an exhibition, as a presentation and examination of the course.
This publication is not a catalogue representing the works in the exhibition. Rather,
it works as a parallel platform to the physical exhibition space. It consists of works /
projects / notes / sketches by the students. In addition we’ve included three texts by
lecturers from the past year to mirror some of the discussions we have had. These
are Leila BraÅNnnstroÅNm’s tracing of a Foucauldian critique in “The Art of
Reflected Intractability: Critique according to Foucault”; Eyal Sivan’s investigation of
the role of the archive in “Archive Images: Truth or memory” and Eyal Weizman’s
creation of a new view on what an object, or building really can tell us in “Forensic
Architecture: Notes from fields and forums”. We also chose one text from our
seminars, “The Spam  of the Earth: Withdrawal from representation” by Hito Steyerl,
which questions the ability of cameras to represent anything at all.

The publication was made as part of the exhibition "New Gravity / Interesting Thing" at the National
Centre for Contemporary Art, NCCA, Moscow Curated by Jesper Nordahl and Karina Karaeva.


About the exhibition, public seminar and publication:

The exhibition New Gravity/Interesting Thing includes video and performance works that address,
in diverse ways, gender and sexuality as central elements of broader social issues. In bringing
together artists from Russia and Sweden, the exhibition seeks to expand the dialogue on
contemporary art as the site of social critique. Understanding how gender cuts across other key
dimensions of identity has been a declared objective of radical feminist thinking since 1989-90.
In reality of course, such an objective—posited against the threat of misrecognising a false
homogeneity of women’s (and men’s) experiences—was already embedded in second-wave
feminism. At the end of the Cold War and as a new, totalising world order was emerging, the need
to reflect on the co-articulation of gender became pressing. It was becoming obvious that the
emerging world order would require new strategies, new positions from which to speak and act
against it. Twenty years on, we may as well ask: what narratives do contemporary artists imagine
in order to address the undiminished complexity of social relations—relations where gender is
invariably found to play a constitutive, and yet always contextualised, role? The curatorial aim
underpinning New Gravity/Interesting Thing has been to mount a show where such narratives
could be juxtaposed and invited to interact, bringing forth contradictions, gaps, unclarities,
overlaps, affinities. On this occasion, emphasis was placed not on a work’s declared commitment
to progressive politics but on its ability to practice differently, to put forward an engaging view. This
was deemed moreimportant than each piece providing, and operating from, a fully formed political
position. There was also the intention to bring together works that somehow commented on each
other through the different discourses that they engage. In other words, beyond offering a plurality of
viewpoints, our aim has been to mobilise each work through another work as a starting point and a
stimulus in the encounter between art and the public. The public seminar organised as parts of this
project also serve to mediate the encounter between the two cultures – Russian and Swedish. As
misleading as it would be to see these cultures as monolithic and unified, it would also require an
ideologically dubious form of amnesia to disregard their historically diverse trajectories.
Accompanied by a bilingual catalogue (Russian and English),the exhibition sets out to examine
some of the positions that are today available to the artist as an oppositional subject/agent, able to
invent forms that re-negotiate art as a critical and aesthetic project.

A publication that is part of my project on the sport cricket. It is a series of investigations concerning cricket,
as an indirect expression of political action in a global arena. It is a process-implemented project containing
video, photograpies and a publication.